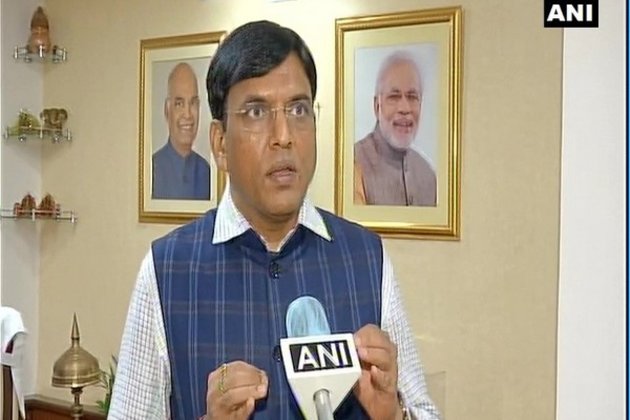 With an objective of making quality generic medicines available at affordable prices to all, Pradhan Mantri Bhartiya Janaushadhi Pariyojana (PMBJP) was launched by the Department of Pharmaceuticals, Ministry of ChemicalsFertilizers, Government of India in November, 2008. As on 10th October 2021, the number of stores has increased to 8,366.

According to a press statement from the Ministry of Chemicals and Fertilizers, Under the Scheme, all 736 districts are covered. This will ensure easy reach of affordable medicine to the people in every nook and corner of the country.

The Government has set a target to increase the number of Pradhan Mantri Bhartiya Janaushadhi Kendras (PMBJKs) to 10,000 by March 2024. The product basket of PMBJP comprises of 1,451 drugs and 240 surgical instruments. Further, new medicines and nutraceuticals product like protein powder, malt-based food supplements, protein bar, immunity bar, sanitizer, masks, etc. have been launched.

Medicines available under PMBJP are priced 50%-90% less than that of branded medicines. During the financial year (2020-21), PMBJP has achieved sales of Rs. 665.83 crores (at MRP). This has led to savings of approximately Rs. 4,000 crores of the common citizens of the country.

In the current financial year, i.e., 2021-22 till 10.10.2021, BPPI has made sales of Rs. 431.65 Crore which led to savings of approximately Rs. 2500 Cr. to the citizens. At present three warehouses of PMBJP are functional at Gurugram, ChennaiGuwahati and fourth one is under construction at Surat. Further, 37 distributors are functional across the country to support the supply of medicines to remote and rural areas.

PharmaceuticalsMedical Devices Bureau of India (PMBI), the implementing agency of Pradhan Mantri Bhartiya Janaushadhi Pariyojana (PMBJP) under the aegis of Department of Pharmaceuticals celebrated "Azadi Ka Amrit Mahotsav" on 10.10.2021 at 750 locations of the country covering all State/UTs.

A full day event was organized at 34 supreme locations and 2 iconic locations where Health Check-up Camps, Jan Aushadhi Paricharcha and free distribution of First Aid Kits to 75 and above aged senior citizens were organized by PMBI.

Similarly, at 714 different locations, events were organized where 75 "First Aid Kits" at each location have been distributed to 75 and above aged senior citizens. Officials of PMBI conveyed the salient features of PMBJP to General Public, Doctors, Health Workers, Nurses, Pharmacists, Jan Aushadhi Mitra's, stakeholders, etc.

More than 50,000 beneficiaries provided this "First Aid Kits" of PMBJP products. Along with kit, a brochure containing message of the Hon'ble Prime Minister was also distributed during these events, as a part of the First Aid Kit. Approximately, 1 Lakh citizens attended Health Check-up Camp, across the country.

Another iconic event organized at Bidar, Karnataka, which was also attended by about 1000 participants, was graced by Bhagwanth Khuba, Minister of State for ChemicalsFertilizers. (ANI)