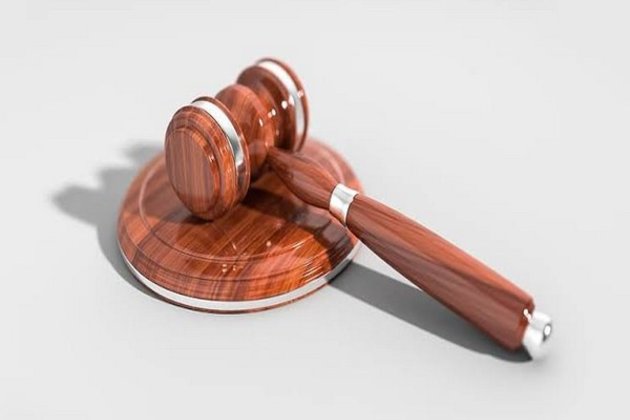 New Delhi [India], October 10 (ANI): Delhi Sessions Court has stayed the order of a magistrate court, which directed the city police to lodge an FIR against a man and his relatives for an alleged forceful abortion complaint filed by his wife in 2017.

Additional Sessions Judge Kiran Gupta noted that the application of complainant under section 156(3) of Code of Criminal Procedure (CrPC), wherein complainant had alleged that in March 2017, she was forced by her husband and his relatives' to kill her unborn baby and she was administered with certain medicines causing miscarriage.

As per the trial court record, the first complaint in this regard has been lodged on 28-09-2021 by the complainant.

The Sessions Court has perused the copy of the complaint dated September 25, 2021 lodged by the appellant against the complainant and her family members.

"I have also perused action-taken report (ATR) filed by Inspector Gaje Singh dated October 7, 2021 wherein he has stated that no documents regarding the alleged incident had been provided by the complainant and even on inquiry from the concerned doctors no such documents could be procured, " the Sessions Court said.

The Metropolitan Magistrate on October 7 this year had directed the concerned Station house Officer (SHO) to register FIR under relevant sections for allegedly forcing woman for abortion in 2017.

In the revision petition preferred by mother-in-law of the complainant, through Advocate Amit Sahni against the order passed by Magistrate had submitted before the Court of Rohini's Additional Sessions Judge Kiran Gupta that in-fact, the daughter-in-law had attempted to kill the mother-in-law by mixing poisonous substance on September 25. The mother-in-law was taken to the nearby private hospital in an ambulance when her condition deteriorated. After the first aid was given in the ambulance itself, she was then taken to Deen Dayal Hospital (DDU), where MLC was conducted the same day.

Advocate Amit Sahni had further submitted that as a counterblast to the aforesaid complaint, daughter-in-law also filed a complaint on September 28 alleging forceful abortion by husband and her family members in 2017 and immediately approached the Court the next date i.e. on September 29. It was submitted that the order passed by the Ld. MM is required to immediately stayed.

ASJ Kiran Gupta considering the nature and urgency prayed for on behalf of the mother-in-law, has summoned the Trial Court Record (TCR) on October 9 itself and heard the arguments.

Appearing for the mother-in-law, Advocate Amit Sahni also submitted that the complaint made by the daughter-in-law is motivated and counterblast to pressurize the mother-in-law to settle the matter. Further as per Section 29 of Pre-Conception and Pre-natal (PNDT) Act, 1994 and Rule 9 (6) of Pre-natal Diagnostic Techniques (regulation and prevention of misuse) Rules, 1996, all records under the PNDT Act are required to be maintained for a period of 2 years only and the complainant (daughter in law) is aware of the same and had filed the complaint with an ulterior motive.

He also submitted that if such orders are not interfered with then anybody can come and allege that she was forced to abort the child 4-5 years ago. (ANI)